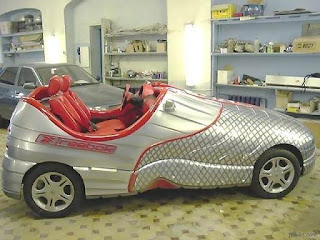 One of my all time favorite bands, Bad Religion, has a song called "Only Entertainment":

We all know that "reality shows" are not a portrayal of reality, but rather a "made-up reality" professionally filmed and edited by writers whose goal is to attract the biggest audience, thus, pleasing their sponsors.

I have zero problems with this concept. As a matter of fact, I really don't care if anything I choose to watch on TV is fabricated as long as I'm entertained--EXCEPT when I'm watching the news and maybe some sports (I'll get to that later.)

I don't care if that show on the Discovery Channel, "Man vs Wild", is fabricated--it doesn't matter if some of the events are "staged" or "presented". I mean, that guy will drink his own pee or squeeze out water to drink from a cow pie to get the ratings. And it pays off, folks. According to one unreliable source, a more "authentic" or "honest" survival show called "Survivorman" (coincidentally also broadcasted on Discovery Channel) has inferior ratings to "Man vs Wild."

I don't care if the little girl who sang at the opening ceremony of the 2008 Beijing Olympics was actually lipsyncing to a recording done by another girl. The girl who can sing didn't have the "face" producers were looking for. The girl with the "face" probably couldn't sing for shit. You can't have everything. Unless you're Chuck Norris.

I don't care if the contestants of "American Idol" are ....Oh wait. I don't watch this show.

Now as far as the world of sports, this is tricky. First of all, I went through a wrestling phase where I would religiously watch WWF(now WWE) twice a week and one pay-per-view a month. I loved it. I knew it was scripted, but I loved it. I rooted for the good guys and booed for the villans just as the writers wanted us to. Now if NFL revealed that their games were scripted, I think I would still watch them PROVIDED I'm thoroughly entertained. And you know what else? Just like what happens in wrestling, there's a kind of "fuck you" fest that happens between two competing teams during the week leading up to their Sunday NFL match. Even if the players and coaches don't want it to happen, it's still created every day of the week by sports writers--"Well, you know this coach was fired by xxx team, and it'll be sweet revenge for him to take his former team down this weekend." My wife calls these sports shows the men's equivalent to the "The View".

But I digress. If the NFL was scripted like wrestling, then I wouln't be betting $$$ on it. But if it were, there's still NBA/NHL/Soccor/Rodeo/Sumo we can bet on. That's plenty for me.

I should probably end it right here so that I can translate more videos.

More to come
Posted by ShibataBread
Email ThisBlogThis!Share to TwitterShare to FacebookShare to Pinterest