Sometimes, it takes three decades to get your break in the entertainment business. 30 freakin' years~!
That is exactly how long it took for this Manzai duo, Uehara Haruka and Kanata.
To be honest, I don't know how they're doing now since this batsu game series is about 3 years old? I understand that the Haruka, who appears in this clip, had a role in the Matsumoto's directorial debut film "Dai Nihon Jin" or "Big Man Japan(US release)" 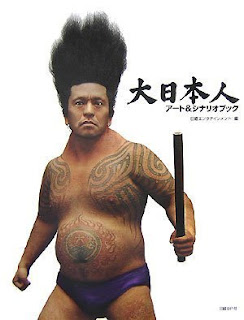 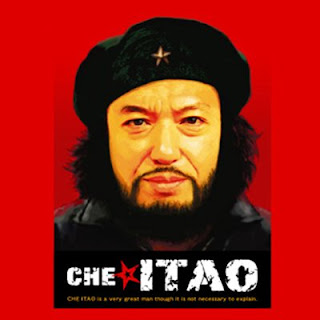 I always enjoyed Itsuji Itao's humor ever since the late 80's. He has this weird off-beat awkwardness to him that was always intriguing. He gazes at you with that blank stare, ever soliciting your smile or laughter. Matsumoto actually believes in him so much that back in 1994 when Itsuji got into trouble with the law (he had sex with a minor)and he went MIA, Matsumoto petitioned to have Itsuji come back on TV. And I believe Itsuji did come back after a year or so. His employment from Yoshimoto Co. was also saved based on the investigation which revealed that the girl had insisted that she was 18 years old and their affair was under mutual consent. 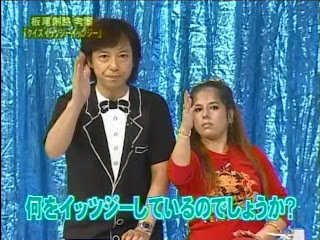 By the way, this Indian girl in a clip is not Itsuji's wife in real life. Her name is Sherry. Just so you know...