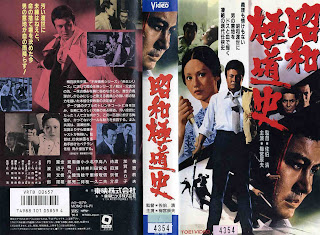 If you've seen the Hospital Batsu Game Series, you'd remember this actor named, Tatsuo Umemiya, who appears at the very beginning(of hospital series) screaming "Claudia!" as his wife gets wheeled into the hospital. Well, he was a big time actor back in the 60's into the 70's, mainly playing the bad-ass yakuza type of roles in the majority of Japanese films. And I mean lots of films. I counted about 80 films this man was involved in that time era. 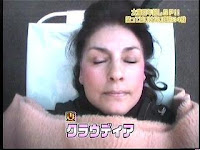 And we have this comedian Shoji Murakami who has been kind of known as the "one hit punchline" jokester who, apparently, is still punching with the same/similar jokes for the past 25 years. In this clip, he stays away from his usual one-liners, yet, if you're not familiar with his style, it's hard to make him funny in an English language. 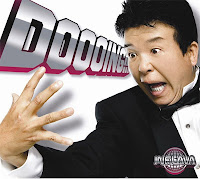