(Hotel pt 21) Please accept this as my job resume 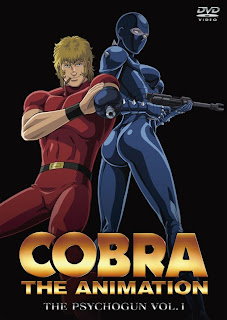 The character you see in this clip is from a popular Japanese animation called the Cobra. Here's a wiki write up about it and the Psycho-gun in action;

Anyhow, I wanted to talk about the Manga(cartoon) culture in Japan. Just like Cobra, many of the (TV)animation starts off as a part of series in weekly published Manga magazine. The magazine would usually have a dozen or so series written by different cartoonist/writer. As a youngster, I would buy Shonen Jump every week. And I mean every week because if I missed one week, I'd be very lost in the plot the next week. But what's amazing is the fact that these cartoonists/writers never missed their deadlines. Every Friday (or was it Thursday?) the story continued. I can hardly keep my blog up every week. And of course, to be able to make it to these magazine was one thing, but to STAY in the magazine was much harder. If your series aren't well received right off the bat, you'd better at least think of a cool way to kill off your main character because here's your publisher axing your series in a couple of weeks.

I wonder if kids nowadays are just as into these weekly magazines like I did back then. I feel old but there was no internet to be constantly entertained back then, you know?

Some of the more famous animations you may know like DragonBall and the Fist of the North Star, started out as a weekly series in Shonen Jump back in 80's.
One side note, Shonen Jump is now published monthly in English via Viz Media to the US audience.

If you've seen the Batsu Game "Hospital" series, you might remember the radio exercise instructor Egashira 2:50. Yes, he's all about the physical comedy. It's cool because you don't need to know Japanese to appreciate what he does.

Hats off to Alex for another fine job. Thank you.
Enjoy,


Gaki No Tsukai - No Laughing Hotel Man
Posted by ShibataBread
Email ThisBlogThis!Share to TwitterShare to FacebookShare to Pinterest