I have talked about Manzai before in this following blog if you haven't read it.
http://www.shibatabread.com/2009/01/manzai.html
One guy in Manzai duo plays the part of "being stupid, or air-headed," while the other guy would point out his/her error usually by yelling at him/her in funny ways.

Matsumoto of Downtown usually is this "being stupid" guy in Downtown while Hamada's the one to put Matsumoto in his place by pointing out Matsumoto's "stupid-ness" or "error." Hamada's preferred method of correcting his partner is to smack Matsumoto in his head, sometimes pretty hard. They've been doing this since the 80's and it has become Hamada's staple move even when he's not doing Manzai talk with Matsumoto. Many of the guests on Hamada's TV show would be feared (or anticipate) to be smacked by Hamada sometime during the show.

What a life it must be to get paid by smacking people in their heads. 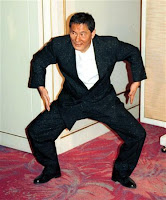 I'd imagine many of you already know who Takeshi Kitano is.
http://en.wikipedia.org/wiki/Takeshi_Kitano
I love the story about how his directorial debut has come about.
Here's the excerpt from Wiki;
After several other roles, mostly comedic, in 1989 he was cast as the lead in Violent Cop (Sono Otoko, Kyōbō ni Tsuki), playing a sociopathic detective who responds to every situation with violence. When the original director (Kinji Fukasaku) fell ill, Kitano offered to step in, and rewrote the script heavily. The result was a financial and critical success in Japan, and the beginning of Kitano's career as a filmmaker. 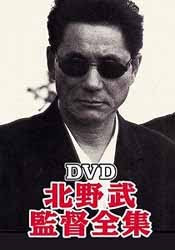 I understand he's very popular in Europe especially in France. I personally miss him being the comedian, but hey, his talent shouldn't go wasted.

Thank you, Alex!
And my wife, too.