Before you watch these clips, why not take a closer look at some of the unfamiliar ingredients that you're about to see?
Don't worry, these are good spoilers :) 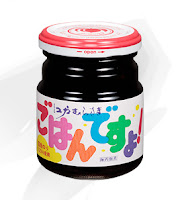 Gohan Desuyo is basically a seaweed in a paste form. Now, this might sound gross to some of you, and I can understand that this is definitely an "acquired taste." But trust me, once you can get over the first bite of this with rice (maybe a second bite,) you will learn to enjoy its salty flavor. It's kind of like your first experience of smoking a cigarette. (No?) 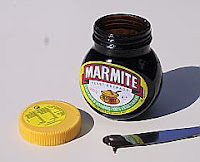 May I say that there's a slight resemblance between Gohan Desuyo and Marmite? What is Sake Kasu?  Or, in this clip, it's translated as "Sake Lees."
Following is a small excerpt from esake.com but if you want to know more about it please do so here


What is sake kasu? In short, sake lees. After a tank of sake has run the course of its fermentation - anywhere from 18 to 32 days - what remains is a white mixture of sake and the solids that did not or could not be fermented. This mixture, known as the moromi throughout its fermenting phase, must now be pressed to separate the almost-clear sake from the suspended solids. 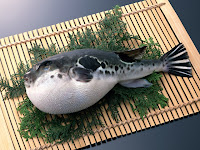 Fugu or blowfish (pufferfish) has been consumed by Japanese for centuries (although there were a couple of periods when the Fugu was prohibited for consumption.) As you might have already know, Fugu contains lethal amount of poison in its liver and ovaries, thus needs to be prepared by a licensed cook before it can be served. According to Wikipedia, The poison, a sodium channel blocker, paralyzes the muscles while the victim stays fully conscious, eventually dying from asphyxiation. There is no known antidote. And we eat this because......?? Well, I personally enjoy having some Fugu here and there just to test my manliness.


The most popular way of serving Fugu is in sashimi form. It is often called "Tessa," as shown in this video clip. A Fugu chef is capable of slicing pieces so thin you can usually see through your friend being asphyxiated on the other side of the dinner table. 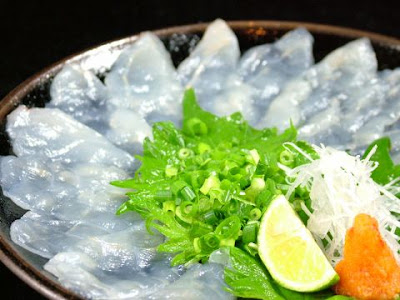 
Special thanks to my wife for her superior editing ability and an endless support. Follow her on Twitter here