Our last podcast of 2010 goes out with the bang as the ShibataBread family takes on many of the Japanese New Year's traditions and customs. And, of course, there is some sarcasms and yelling involved which usually makes Mrs. ShibataBread comfortingly uncomfortable.

All About the New Year’s: 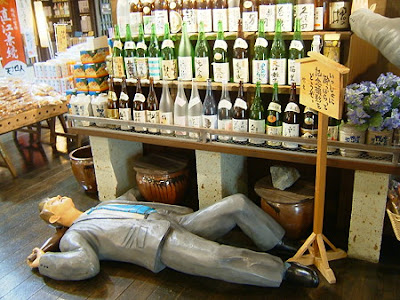 除夜の鐘 Bell ringing
At midnight on December 31, Buddhist temples all over Japan ring their bells a total of 108 times to symbolize the 108 human sins in Buddhist belief. I can't believe I only sinned 108 times this year. What a bargain!


お年玉 Otoshidama
Kids wish everyday were a new year's day while their parents curse for having so many relatives.
(From Wikipedia) In the Edo period large stores and wealthy families gave out a small bag of mochi and a Mandarin orange to spread happiness all around. The amount of money given depends on the age of the child but is usually the same if there is more than one child so that no one feels slighted.


年賀状 Nengajyou
Postcard for the New Year’s with lottery. 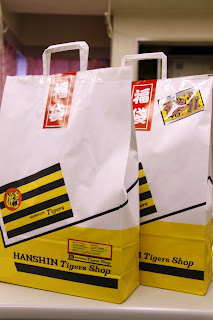 初こら！Hatsu Kora! is the first yelling of the year

福袋 Fukubukuro
Your favorite shop has put together a bag full of merchandise you would never have bought in the first place!

エンターテイメント Entertainment (TV shows)
More excuse to sit in front of the TV and do nothing but to eat and drink. 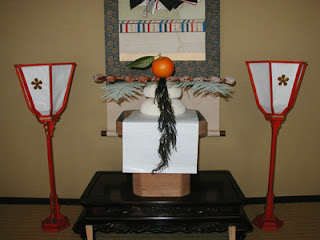 餅 Mochi
(From Wikipedia) kagami mochi (鏡餅), formed from two round cakes of mochi with a bitter orange (橙daidai) placed on top. The name daidai is supposed to be auspicious since it means "several generations."
Because of mochi's extremely sticky texture, there is usually a small number of choking deaths around New Year in Japan, particularly amongst the elderly. The death toll is reported in newspapers in the days after New Year


鏡開き Kagami Biraki
Hopefully the mochi isn't too moldy to consume. Or, you can cook the heck out of it in soup/broth for your friends and family.