First and foremost, I would like to thank Alex, Zurui, Dere-kun, and my wife for working hard during their spare time and being great teammates.
Second, thanks to you all for your patience.


For those interested in learning a thing or two about the following clips, please read on. If not, you may hit the PageDown key :) 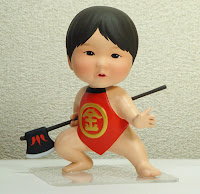 金太郎 Kintarō
Kintarō is a boy from Japanese folklore who is known to have possessed a Superman-like strength. He was also raised by mountain animals and a kick-ass Sumo wrestler. I would compare him to Tarzan. But Kintaro deserves more points with his daring fashion sense: A bright red triangle-shaped bib. You can find Kinataro figurines in many Japanese households on Boy's Day (May 5th) every year. They are prominently displayed by the family who hope that their son won't grow up to be a wuss. And not wear a red triangle-shaped bib to school.

河童 Kappa
I described this crazy riverside creature in Podcast 11
Or if you prefer a fun (but scary) read, go here 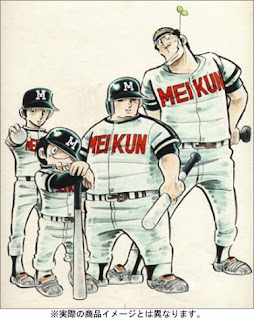 ドカベン Dokaben
Dokaben is a popular manga series about a high-school baseball team published way, way back (1972 - 1981). "Dokaben" is the nickname for catcher Taro Yamada who, in this clip, is depicted by everyone's favorite Matsuko Deluxe. ドカ! or "Doka!" is an onomatopoeia to describe the appearance of a large object while ベン or "ben" is taken from the word 弁当, Bento. Put them together and get Doka-ben or "Enormously Huge Bento Box" - which is what Dokaben used to carry with him to school in the story. 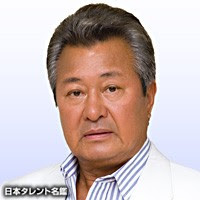 梅宮辰夫 Tatsuo Umemiya
As far as I know, this is his annual gig now. He's appeared on at least past three or four "No Laughing" series. I wrote a little about him here. In this clip, his initial impersonation is that of サカナ君, or Fish Boy who I wrote about here

Watch it on Veoh