Please read the write-up about Dutch officers done by our time-setter, Alex, who kindly translated the Dutch portion of the clip.

Once you realize the officer in this clip is Dutch, most of you will be asking yourselves, "Why did they use a Dutch officer?"

Dutch officers are known for their ability to assign simple tasks in a harsh and direct way, and they don’t tolerate any resistance. If you look away or if you don’t respond quickly enough, you’ll get an earful from the officer followed by threats of punishment for your behavior.
Even knowing this about Dutch officers, I don’t really know why they chose one for this part. I can think of many other countries that have even stricter police academies than ours. Maybe they like our language or the way the threats sound.
Nonetheless, the result is still the same--funny as hell!


Most of the actors you see in this clip starred in dramas from the 80's. The exception is Gaki Producer, Yoshinobu Nakamura, who seems to enjoy making random appearances in the "No Laughing" series. 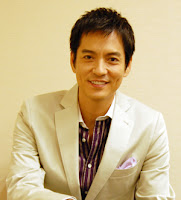 デコピン Dekopin:
Please check out this short video I made about the old Japanese tradition, Dekopin;


Another big thank you to my teammates.
Enjoy,