(Subbed) Downtown - In their younger days. 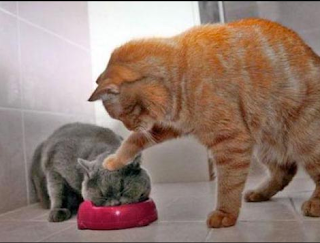 The “senpai and kōhai” relationship is an integral part of growing up and living in Japan. It’s a mentor system woven into all types of social settings including school, sports teams, and business settings.

It goes without saying in Japan that freshman are expected to behave a certain way towards students in grade levels higher than their own. And any student, regardless of age, must speak politely to his teachers. This custom continues as you venture into the business world where respect is strictly shown to coworkers with more experience.


You can imagine how this could get complicated once you're faced with an ambiguous situation. For example, there have been times when my good friend introduced me to a friend of his for the first time, and I spoke to him using タメ語 - Tamego (casual language). Then I later found out he’s much more “Senpai” in age than me. Looking back, my first clue should have been the honorific “san” (“Mister”) my friend placed behind the name of the person during the introduction.

As you watch the following video, you might not understand or appreciate the severity of DOWNTOWN's inexcusable behaviors in their younger days. But if you can grasp how rude it would be to address someone senior to you by their first name without using an honorific label, then you get the idea.

(Spoiler alert)
In his book called 遺書 - "The Will", Hitoshi Matsumoto unabashedly shares his thoughts about DOWNTOWN’s ambition to achieve national fame when they were only known throughout the Osaka region. Matsumoto admits that if it weren't for Hamada's reckless behavior on nationally televised shows, they would have never received the exposure they were looking for. So many “comedy duo’s” were competing for air time that Hamada’s disregard for the “senpai and kōhai” rules attracted attention from audiences. And in retrospect, it worked for them as the comedic genius of Matsumoto and Hamada spread like wildfire—their popularity soaring within only a few years.

(More spoiler)
The first "victim" of DOWNTOWN depicted in the video is Yasushi Yokoyama who Matsumoto also mentions in "The Will." As DOWNTOWN was coming up in the Osaka region, Yasushi Yokoyama criticized DOWNTOWN'S Manzai (talk) as "just two low-lives riffing shit". I'm sure that struck a nerve with DOWNTOWN, and Matsumoto never hid the fact that he disliked Yokoyama for it.